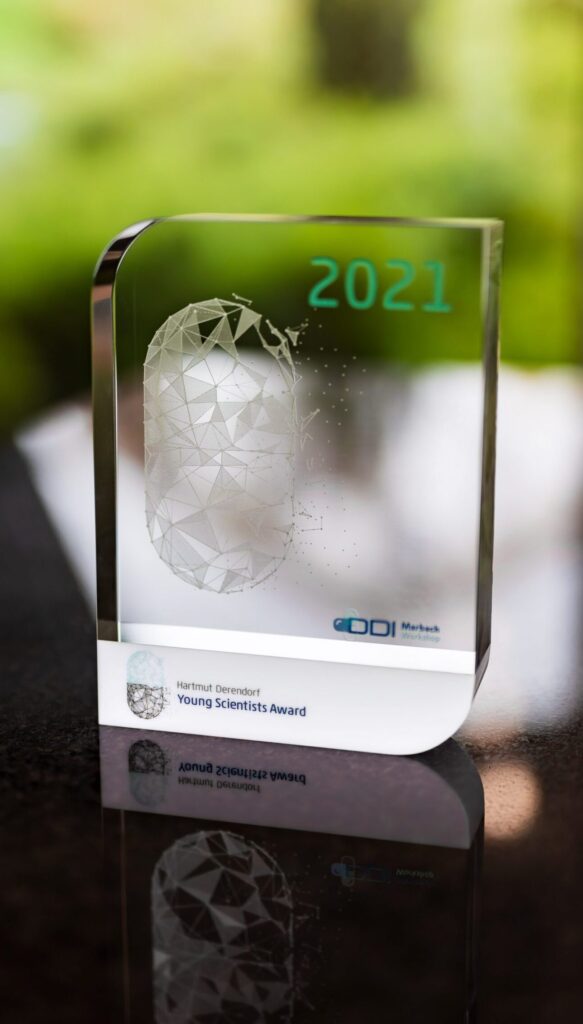 This meant, that from 2021 onwards, the Faculty would identify and nominate each year 2–3 suitably qualified candidates. Upon the agreement of the nominees to participate in the final laureate selection procedure, this will be accomplished by a blinded poll of all speakers and registered workshop attendees using an electronic form at the Marbach DDI Website in advance of the meeting. The elected laureate will then be entitled to present the “Hartmut Derendorf Young Scientists Award Lecture”, and will receive a certificate and a trophy along with a certain financial support (trophy money of 3,000 $) for his/her scientific work.

For financial support of the annual Award, donations will be accepted. Details on how this can be done will be provided by the Workshop Secretary upon request.

Her awarded lecture entitled “Drug-Drug-Gene Interactions (DDGIs)”, highlighted the complexity of DDGIs by presenting examples for various DDGI scenarios. In her presentation practical challenges and potential future strategies helping to pave the way to clinical implementation of DDGI recommendations were discussed.